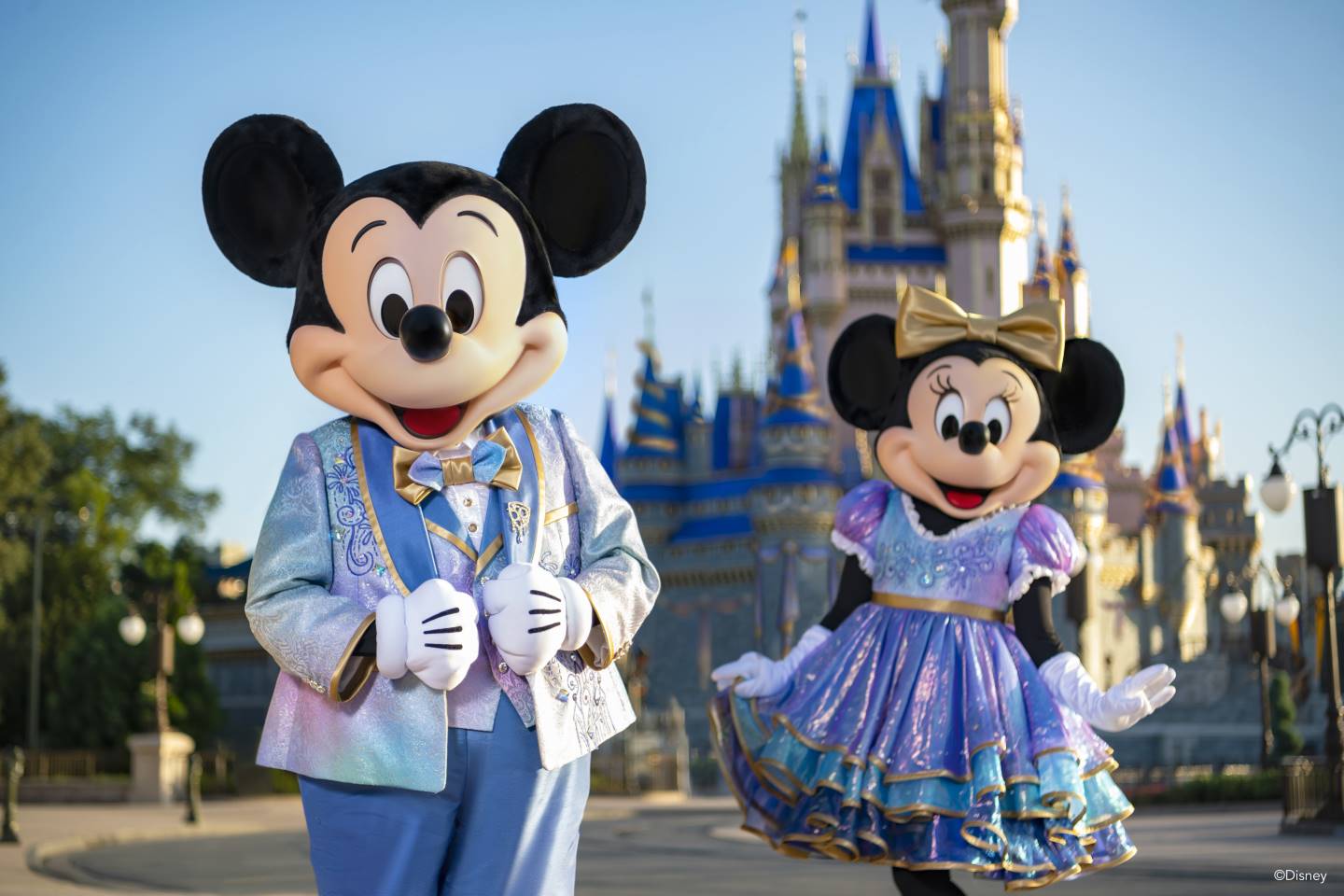 Beginning October 1st, Walt Disney World Resort will be celebrating its 50th anniversary for 18 months across The Most Magical Place on Earth.

Here's a sneak peek of the magic that will debut on October 1st:

Mickey Mouse and his pals will be dressed in head-to-toe EARidescent costumes.

Disney Fab 50 Character Collection will be displayed across all four theme parks cast in gold of your favorite and beloved characters including (just to name a few) Mickey and Minnie Mouse, Donald and Daisy Duck, Pluto, Goofy, and Chip 'n' Dale.

Opening October 1st at EPCOT, Remy's Ratatouille Adventure is a new family-friendly 4D ride that takes you into Remy's world with the sights, sounds, and smells of Gusteau's Paris kitchen.

Disney KiteTails will debut on October 1st at Disney's Animal Kingdom at the Discovery River Amphitheater. It is a new high-flying performance show with kites and windcatchers showcasing your favorite Disney characters including Simba, Zazu, King Louie, and Baloo.

Disney Enchantment is a new nighttime spectacular starting at Cinderella Castle and making its way toward Main Steet U.S.A at the Magic Kingdom. Fireworks, music, and immersive projection effects will begin October 1st and celebrate friendship, love, and fun.

Harmonious is the second nighttime spectacular to debut during the 50th anniversary at EPCOT and will include fountains, dazzling lights, and pyrotechnics uniting people everywhere with an ensemble of 240 artists from around the world.

Beacons of Magic will light up the night at all four theme parks on the Cinderella Castle, Spaceship Earth, Hollywood Tower Hotel, and Tree of life with shimmer, pixie dust, and a dazzling glow.

You can purchase your tickets here to come and celebrate the 50th anniversary at the Walt Disney World Resort!

Come stay with us during the Most Magical Celebration!