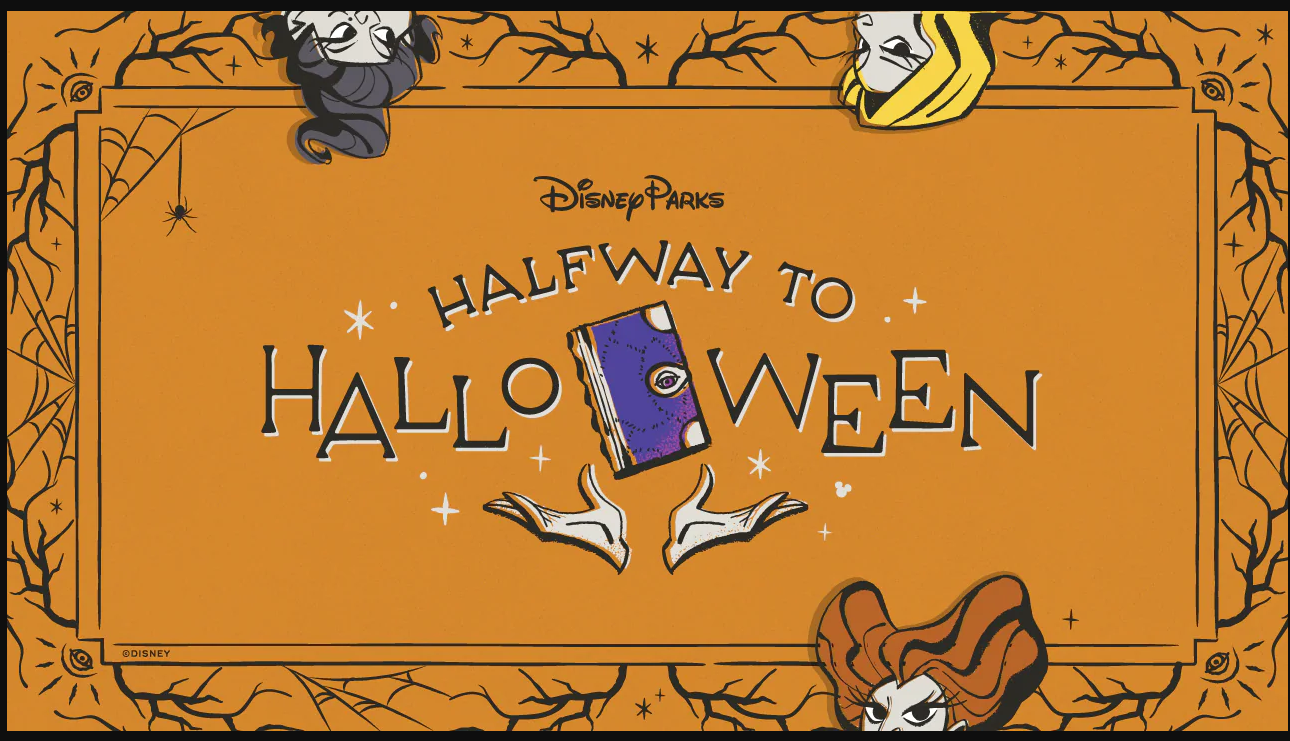 Disney Parks marks the official halfway to Halloween on Thursday, April 28th with several offerings for the day until Sunday, May 1st.

On Wednesday, April 27th, Disney Parks will host a fan-favorite Halloween film Hocus Pocus watch party on Twitter at 8 pm. On Thursday, April 28th, Disney Parks will also host a TikTok Live at 10 pm from multiple Disney Parks locations including Disneyland, Walt Disney World, and some of the International parks as well as Disney Cruise Line to share Halloween announcements such as news about in-park events and a first-look at Halloween merchandise that will be available at the Disney parks and shopdisney.com as well.

Disney bounding is encouraged on this day as Halloween characters, attractions, and films.

An at-home Halfway to Halloween planning guide will also be available complete with Halloween-themed recipes, games, and wallpapers.

Eats and Treats (Available April 28th through May 1st)

The Ganachery will offer the Sister's Elixir Hot Cocoa Bomb: A dark chocolate cauldron filled with hot cocoa mix and marshmallows topped with an edible image of the Sanderson Sisters and a chocolate broom stirrer.

Various outdoor vending carts on the West Side of Disney Springs will offer a Mickey Mummy popcorn bucket (limit two per person, while supplies last).

Mickey's Not-So-Scary Halloween Party will return this year to the Magic Kingdom! It will take place on 37 select nights beginning August 12th until October 31st, Halloween day. Tickets will go on sale on May 18th.

Disney's newest merchandise collection, coming in August to both Walt Disney World and shopDisney, features the Silly Symphonies "Skeleton Dance" as well as themed items to Hocus Pocus, The Nightmare Before Christmas, and Halloween Mickey and friends.