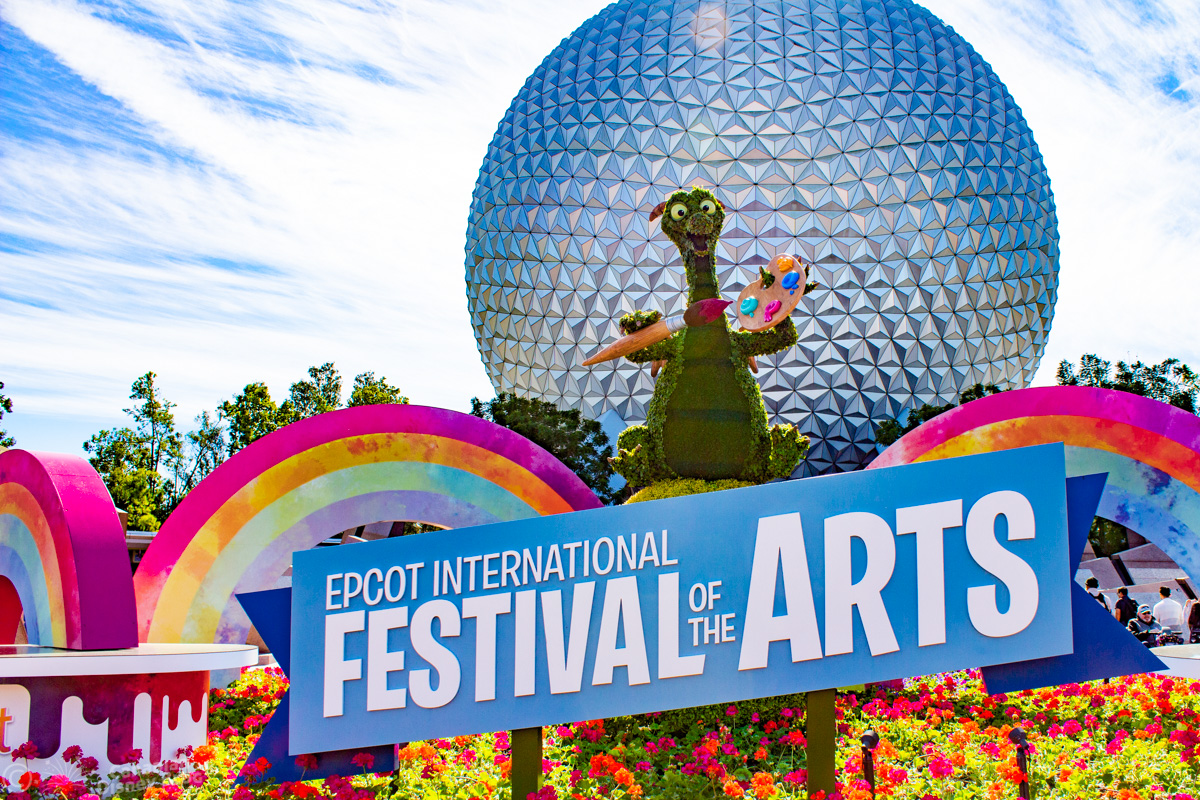 Epcot International Festival of the Arts

Beginning January 14th through February 21st, Epcot's International Festival of the Arts will celebrate the creation of art and cuisine.

Animation Academy- The America Gardens Theatre will teach you how to draw a Disney character from an animation artist.

Every two weeks, different pairs of Disney on Broadway stars will perform some of the songs they helped make famous in the American Adventure pavilion. You will see stars from Broadway's Aladdin, Beauty and the Beast, Freaky Friday, The Little Mermaid, Frozen, Newsies, Tarzan, Mary Poppins, and The Lion King.

Artful Photos Ops- An homage to Frida Kahlo in the Mexico Pavilion, Cafe Terrace at Night and Sunflowers by Vincent Van Gogh on the Bridge to World Showcase, and the Mona Lisa by Leonardo da Vinci between the Italy and Germany Pavilions are just some of the examples offered.

Expression Section: A Paint by Numbers Mural- Open daily from 11 am-5 pm at World Nature near the Land.

New to the festival this year, Craftsman's Courtyard (near Disney Traders) will have savory seafood and refreshing salads inspired by the coast of California.

Deco Delights (near Port of Entry) is inspired by the roaring 20s to the bright pastels of Miami Beach where you can satisfy your sweet tooth.

Donut Box (near Test Track) has exactly what its name is, delicious donuts.

Goshiki (Japan) celebrates the "5 colors" of Japanese cuisine including sake and sushi donuts.

Gourmet Landscapes (Canada) has the finest ingredients farmed and foraged from the land including wild mushroom risotto and beef carpaccio.

Pop Eats (Near Port of Entry) highlights the pop art of the 20th century with bites like the ever-popular Pop't Art, a colorful almond frangipane cake, and a classic tomato soup with grilled cheese.

Fun for All Ages:

Figment's Brush with the Masters- Help Figment learn about art around the World Showcase on a scavenger hunt where he is hiding inside famous works of art. Available while supplies last, additional cost to participate.

Kid's Chalk Art- Open daily from 11 am-4 pm at World Nature near the Land.